R407C was developed in the early 1990’s as a non-ozone depleting alternative to R22 for commercial air-conditioning, heat pumps and medium temperature refrigeration. 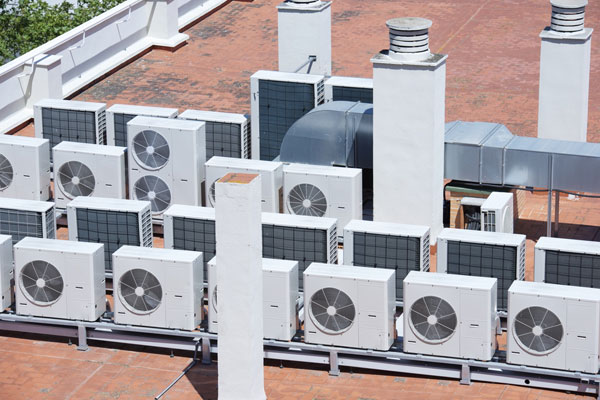 For years the HCFC (hydrochlorofluorocarbon) R22 was used as the refrigerant of choice in multiple applications.

Regarded as a good allrounder in both air-conditioning, heat pumps & low to medium temperature refrigeration applications.

It did however have a common environmental issue, it contained the element chlorine now known to have a deleterious effect on the ozone layer leading to its complete ban in Europe by 2015.

One disadvantage of R407C is that it is a zeotropic blend with moderate glide.

The R32 assists with heat capacity, R125 to reduce the flammability of the R32 and R134a to reduce overall pressure.

Whilst R407C does have an albeit small place in today’s air-conditioning and refrigeration market just like R404A and R410A its days are numbered.

With a GWP (global warming potential) of 1,774 it is not sustainable and its production uses up too much of our continually reducing F-Gas quota, so at some point in the very near future manufacturers will likely discontinue its production for distribution in the UK & Europe, offering instead more sustainable lower GWP alternatives like R452B, R454B & R454C where they are able to produce more kilo’s using less quota and a significantly reduced negative environmental impact should they leak.